When people talk about relationships these days, they mention words like “gaslighting” and “ghosting.” But what about stonewalling? Stonewalling can happen in a new or established relationship. A pattern of stonewalling can get perpetuated if you don’t work on communicating with your partner. One way to deal with this destructive pattern in your relationship is to go to relationship counseling. But if you’re already aware of the issue, you can take some steps to start dealing with it now.

Have you ever been in a relationship with someone who doesn’t respond to anything you say in an argument? You become more heated and passionate, and they shut down. They don’t listen to what you have to say, and they dismiss your opinions, thoughts, judgments, and emotions.

It’s frustrating to be in that position. It’s also an example of stonewalling.

Stonewalling happens in relationships when one partner refuses to communicate. You see kids doing this frequently. When they don’t want to listen, they might put their fingers in their ears, close their eyes and chant, “La la la la la.” Stonewalling is the adult version, and it’s equally as infuriating.

Stonewalling is giving someone the silent treatment. Instead of just refusing to speak, however, the individual puts up a wall, and refuses to emotionally engage at all.

Stonewalling is a lack of communication or response. It usually comes up during conflict. One partner may refuse to participate in a number of ways. But when someone stonewalls you, he or she is likely doing more than just ignore you. Someone who stonewalls might:

Stonewalling is what it sounds like; it happens when one person in a relationship puts up a wall. It’s often a pattern that children learn from watching their parents argue. Because most people aren’t well-taught in conflict resolution, they follow the same patterns.

It’s not surprising that you want to back down in the face of conflict. Many people stonewall inadvertently in an effort to avoid a fight. They may not realize that they’re being destructive, and their behavior is hurting the relationship. They might just be trying to calm themselves down in the midst of an argument.

But some people use stonewalling as a manipulative strategy. It’s a narcissistic tendency to believe that your opinions are the only valid ones. If you’re with someone who treats you as if it’s their way or the highway, they might be stonewalling you.

The immediate effects of stonewalling in a relationship are often frustration, aggravation, and irritation. If you’re trying to make a point and your trusted partner refuses to pay attention to you, you might end up growing louder and angrier. You want to put your face in front of theirs and shout so that they notice you.

But that never helps because they do hear you. They do see you. They’re just choosing not to acknowledge you when you’re trying to discuss something important.

Getting stonewalled repeatedly can ruin your relationship. It can also have demoralizing effects on your self-confidence, trust and self-worth.

When your partner stonewalls you, they tell you that you are unimportant. Even if it’s just a defense mechanism on their part, it comes across as a rejection. Over time, you might develop anxiety about the relationship. If your partner doesn’t want to listen to you, why do they want to stay with you?

No matter how or why you’re being stonewalled, the pattern can ruin the relationship. Stonewalling can make you feel disconnected from your partner. It can make you believe that your partner doesn’t care about you. It can also bring up intense feelings of abandonment and rejection.

In turn, stonewalling reduces intimacy. It pushes a wedge between you and your partner. The person being stonewalled may become so aggravated that they push their partner’s button just to get a reaction.

You may not actively have these specific thoughts, but you may build up resentment, mistrust, and anger. It’s not easy for a relationship to last when one party refuses to communicate.

It’s also important to recognize the signs of stonewalling so that you can reflect on your own behavior. Is it possible that you have been doing this to your partner?

You may not do it in a manipulative way. It may not even be conscious. You might just be trying to avoid harsh words. But unless you mention that you need to take a break and you’d like to pick the conversation back up later, you might be stonewalling. Even though you just want to limit the chaos of an argument, you’re giving your partner the impression that what they have to say is not important to you.

Stonewalling hurts both partners in a relationship. It is also one of the greatest predictors of divorce. This relationship pattern can lead to substance abuse as a way to cope, and it can trigger depression and anxiety. But once you’re aware that it’s happening, you can take steps to deal with it and heal your relationship.

How to Deal with Stonewalling in Your Relationship

If stonewalling is a lack of communication, then one way to deal with it is to start communicating more effectively. That’s easier said than done, though.

One way to deal is to depersonalize the situation. If you’re being stonewalled, remind yourself that it’s a reflection of your partner’s lack of communication tools. It may not have anything to do with the way that your partner feels about you. Showing empathy for your partner’s emotions may help them to open up.

If you’ve been following the same pattern in your relationship, it’s going to take some observation, awareness, self-control, and redirected action to get out of the habit. It may also take the assistance of a couples therapist.

Face it—if you have been having communication problems, sometimes you need an objective third party to facilitate your discussion. Working with therapists is helpful because they can point out some behaviors that you may not have noticed. They’ll encourage you and your partner to speak to each other in a way that encourages you to listen to and validate each other’s feelings.

A good therapist will also set you up with tools for talking to each other going forward. You don’t have to continue communicating in a harmful way.

It is impossible to have a rational conversation when emotions are heated, though. Therefore, you’ll have to learn how to cool off and calm down without stonewalling so that you can communicate as effectively as possible.

If you’re looking for a therapist in Beverly Hills, we have professionals who are experienced in relationship counseling.

Contact us with your questions or to schedule an appointment. 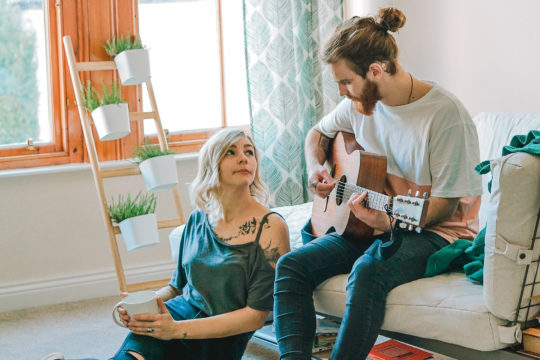 How COVID-19 Has Affected Relationships

COVID-19 completely turned life upside down for many of us. Social distancing mandates, closed businesses, and other precautions have changed the way we work and socialize. Even simple activities like going to the grocery store look much different now... 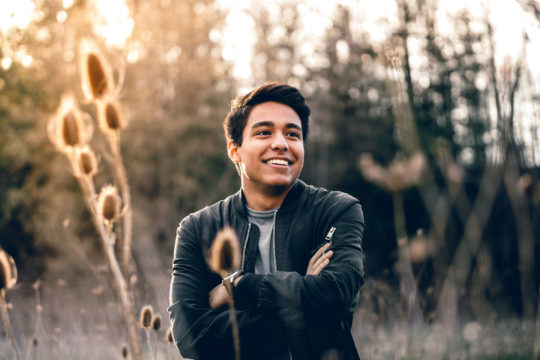 How You Can Practice Mindfulness and Reduce Anxiety

Practicing mindfulness is one of the most effective ways to reduce anxiety and increase your enjoyment of life. Mindfulness empowers you to live in the moment and to accept yourself and others without judgment. Mindfulness doesn’t require any special... 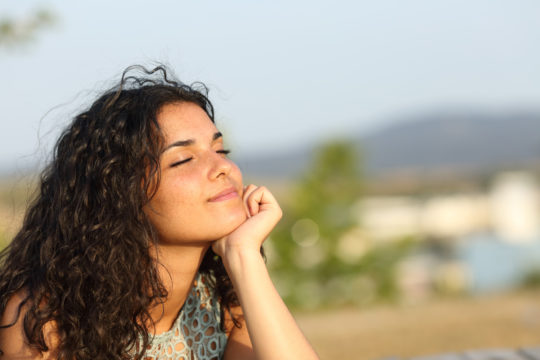 How to Develop and Increase Your Self-Awareness

Self-awareness is a catchy buzzword, but many people aren’t sure what it really is or how to achieve it. Being self-aware can improve your mental and emotional health, strengthen your relationships, and make you more successful. It doesn’t happen...

Experience Therapy with One of Our Specialized Therapists

Schedule a FREE CONSULTATION today
Your True Self Is Waiting